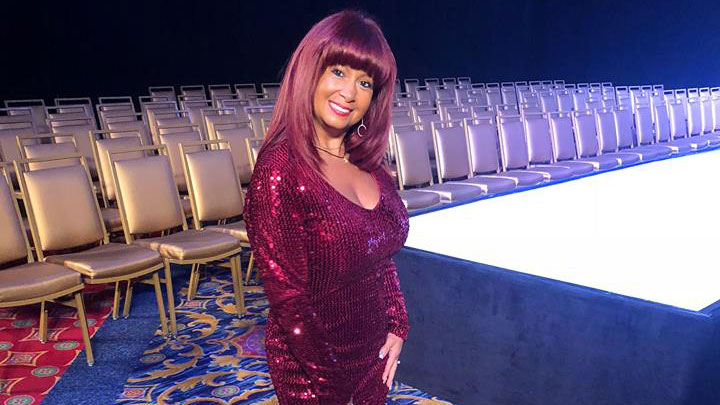 The colors for Shop. Sell. Strut! are hot pink and mango, so instead of a traditional red carpet, Myra will be working the pink carpet and interviewing designers, models, celebrities and other VIP guests as part of an afternoon of fashion, fun and entertainment.

Shop. Sell. Strut! is the fundraising arm for the Morgan Marie Michael Foundation (Tax ID: 82-1496694), a 501(c)3 charity supporting individuals on the autism spectrum with programming, appliances, and resources for enhanced living and development. The event in May is their primary annual fundraiser, featuring a fashion forward runway show. One hundred percent of the proceeds benefit the Morgan Marie Michael Foundation. The event is open to the public and tickets are on sale now.

“I have been a supporter of the amazing work of Shop. Sell. Strut! since Season One,” says Myra. “To start out as an attendee two years ago, being invited to be an honorary model and committee member last year, to serving as this year’s pink carpet host, is an honor. This organization has done so much to support families raising a child with autism. There are so many challenges that these families and children face, and knowing that they are getting the support they need makes all of the hard work so worthwhile.”

A long-time supporter of the New Jersey, New York, and Philadelphia fashion scenes, Myra Mrowicki founded her fashion blog, Febeary Fashionista (www.febearyfashionista.com) in 2014. She uses her blog and social media platforms to support the designers, models, producers, performers and publishers in the industry who are doing amazing things in the world of fashion and style. She was recently the red carpet host at Atlantic City Fashion Week Season 13, and has been a runway model for notable designers including Robert Greco Couture, Carmen Bury, Melissa Lockwood, and Brand A. She’s also participated in a fashion shoot for the social media of her favorite Montclair, New Jersey boutique, That Little Black Dress. She was the first guest on the premiere episode of the radio show “Chit-Chat with Alyssa Lego” on Hamilton Radio Channel 2, and served as a judge for the National American Miss Pageant.

I had such a great time at the Lactrodectus ribbon cutting and grand opening party yesterday. So many great people were there and I hope this new family business will have a lot of success.

The highlight for me was my red carpet interview, conducted by journalist and model Niara Johnson, for Fashion In The Fast Lane TV. (How amazing is that green dress?) I hope to get video to post later, but here’s a photo from the interview.